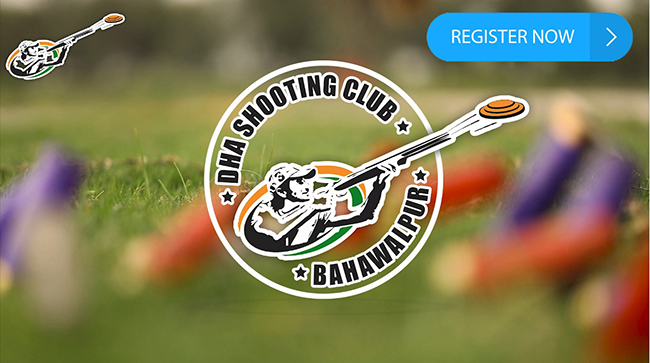 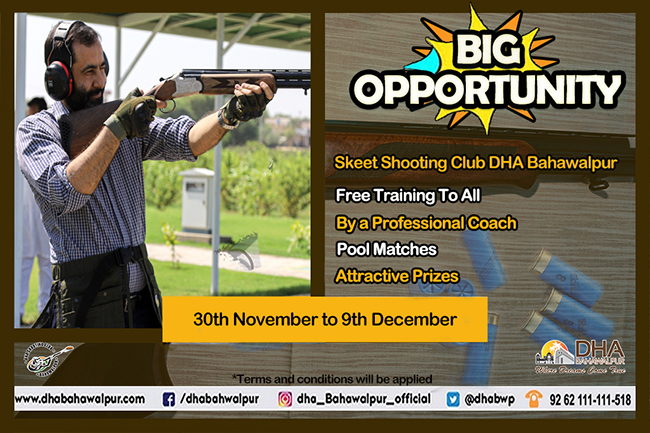 DHA Bahawalpur welcome you all on Shooting Club

Free Shooting Training Program is initiating where you can learn free shooting by a trained coach from 30th November to 9th December 2020.

DHA Shooting Club has been established to promote fun-filled and adventure ridden shooting sports, to members of DHA in specific and the people of Bahawalpur and southern Punjab in general. While no such facilities exist in the entire southern Punjab, this club provides state of the art shooting facility in line with the International standards and is equipped to host national shooting events. The club is envisioned to transform the skills of good shooters and enable them to participate at a national level.

Skeet shooting is a recreational and competitive shooting activity in which flying clay targets are shot. The targets are launched from the low house and high house at a fast speed making it even more fun and a challenging task. The targets are engaged from eight different stations as per ISSF rules.

Trapshooting is one of the three major disciplines of competitive shooting. In trapshooting the targets are launched from a trap pit, moving away from the shooter. The targets emerge at varying angles and elevations. The automatic ball trap (ABT) has been made functional to start with.

Sporting clay is, often describe as “golf with a shotgun because a typical course includes different shooting stations laid out over natural terrain. Unlike trap and skeet, which are games of repeatable target presentation, sporting clays simulates the unpredictability of live-quality shooting, offering a great variety of trajectories angles, speed, elevation and distances as one can expect in the field.

Pistol Shooting is a popular sport worldwide, as well as a reliable way for personal and home defense needs. Pistol shooting is a part of many national and international championships. We are offering a dedicated, purpose-built facility to our members, to learn, enjoy and practice amateur, practical and professional pistol shooting.

We are providing a modern facility for die-hard rifle shooting enthusiasts to polish their skills and compete in national and international level matches ranging from 300 – 1500m ranges. These ranges are equipped with state of the art Target Impact Display System to provide real-time target visuals to the shooter.

Pre Charged Pneumatic (PCP) rifle shooting also known as Air Rifle shooting is a popular sport. PCP matches are a regular feature of many national and international competitions including the Olympics. We are offering a purpose-built facility to provide a great environment to enjoy and learn PCP rifle shooting in both amateur and professional categories.

Our membership is open to members of DHA Bahawalpur and other desirous shooters. The Authority for grant of members is vested in the membership board with the final approval by Patron in Chief. However, the membership form is available on our website. 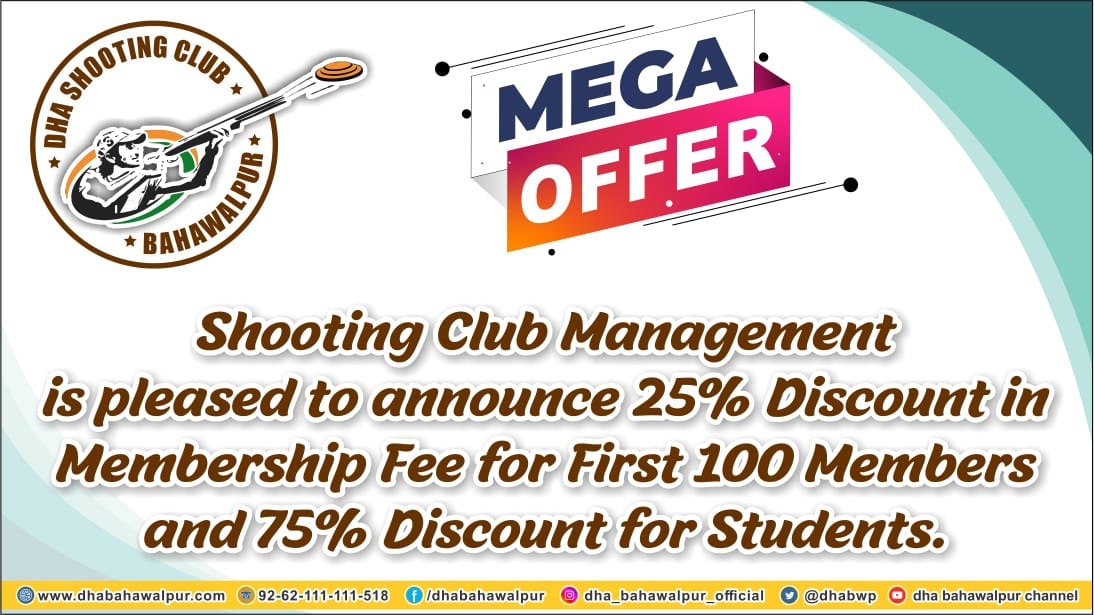